My second prototype for the graduation project development is focused on Projection Mapping, the technique that is planned to be used within the project. Projection Mapping or video mapping has lots of different methods, techniques and approaches using a different range of software’s. However the common goal is to project light onto an object to produce a facade of imagery upon the object. This is done using light, shadow, shade to produce imagery and line upon the object morphing and distorting its appearance.

This prototype is aimed to explore some of the potential ways in which to projection mapping onto an object. This technique mainly uses specifically developed projection mapping software MadMapper to distort imagery onto the surfaces of the object. The problem of which I’m trying to solve here is in response to a common issue when projecting light or imagery onto 3 dimensional objects that shadows are cast onto other parts of surfaces.

As you can see from the diagram above using one light source/projector a shadow is cast down onto another surface meaning that no light is reaching this area as the object is blocking it. If this surface needed to have imagery upon this it would not be possible to reach with this angle of projection. This occurs regularly in projection mapping projects because artist wish to use ever part of the projectable area of which this restricts a large surface that very useable with a simple solution.

The solution to this is use additional projectors to cover the shadows produced with other projectors shadows. Placing another projector at a different angle more than 90 degrees or more round from the first one allows the light to reach other parts the first couldn’t reach. To produce a full 360 Degree projection 2-3 or more projectors would need to be used to successful reaches all angles of the object to cover all surfaces depending on the complexity of the object.

This video is an example of where 2 projectors were successfully used to create a full 360-degree mapping. The artists refer to this as a 540 Degree projection as they manage to hit all the surfaces of the object including the tops and sides. In producing this work they have use a slightly different technique to what is going to be used within my prototype but what they achieve in terms of cancelling out casted shadows is the same.

Using mad mappers software was relatively simple to grasp after some brief reading of the documentation and a few video tutorials. Inm simple terms you need to

Media for projection is kept in the right hand column. You can add media to this by going to File à Import Media à Browse to your media. By hitting the arrow < next to the file name this will load it into the input media (left Middle column).

To add surfaces to the output the “Surface” menu needs to be selected .

Below is a possible solution of how this could be solved. By using another projector from the back side would mean a full 360 or 540 degree projection would be achieved as this would cover the last 2 sides of the box and the shadow cast section.

When experimenting in MadMapper I stumbled upon a feature called “spacial scan”. This tool allows you to scan the areas that the projection in hitting and not meaning a guide to the location, position and direction of the projector can be judged. This is done through a camera recognising different patterns of light projected with the projector allowing it to build an understanding of elements within 3D space.

This feature may come in useful in the future when complex imagery needs to be projected onto the object. This tool help to understand the position of the object in 3D space and its relationship to the projector. 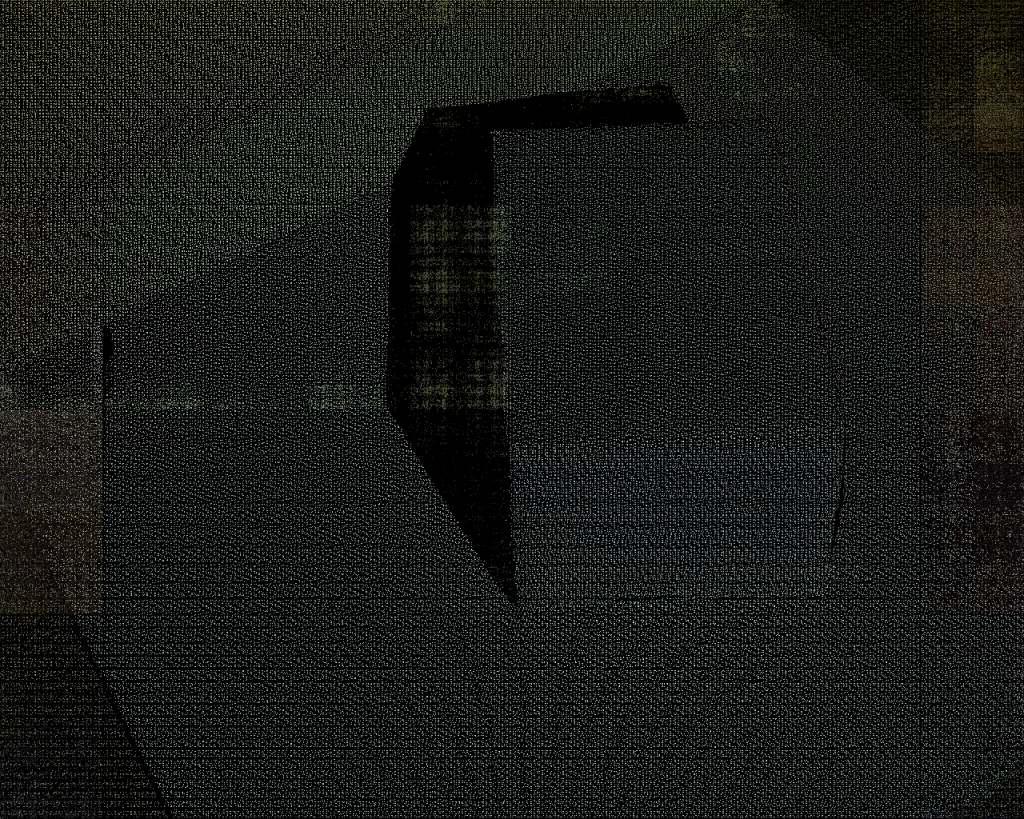