Experimenting has a pivotal role in developing new ideas for art and design concepts. Recently I have been experimenting with the idea of projection mapping onto surfaces and objects aiming to create the illusion of depth.

The work of Mike Alger who created the Projection Mapping Diorama using a box to create a visual environment for the a 3d printed object. In creating this 3D environment that have taken a simple flat and static 2d object and made it diverse, animated and transformable. A diorama is where a objects are used to make layers in creating a single images. This technique is commonly seen in folk art using paper/card cut outs of figures and objects in building an image with depth. In their piece they use a 3d printed object to link to the idea of creating a 3d transforming environment.

Looking at this work, I considered my own work previously of creating a gallery environment using of digital created images and simulated environments. Inspired by the work of Nick Jolly who, created miniature objects portraying Banksy like situations an opinionated and realistic view of society that were contained within a small gallery frame. The scale was so small it was surprising it was possible to even handcraft these items .

Re-applying this to a digital environment where I could create very intricate designs and place them within a seemingly normal sophisticated art environment gave the images an air of importance. The images inside the frames were biased of a design style I was working with at the time know as Low Poly. These images were very effective and worked extremely well as they simulated the real world so well that you would have believe they were taken by a photographer.

Merging the two the ideas by taking these digital environments and gallery images and putting them into the real world place where they seemed 3d and realistic. Initial I was sceptical that it work as it would be difficult to produce the effect of 3D in the real world. I was surprised to find that it worked extremely well as a mock test and something to peruse and look into 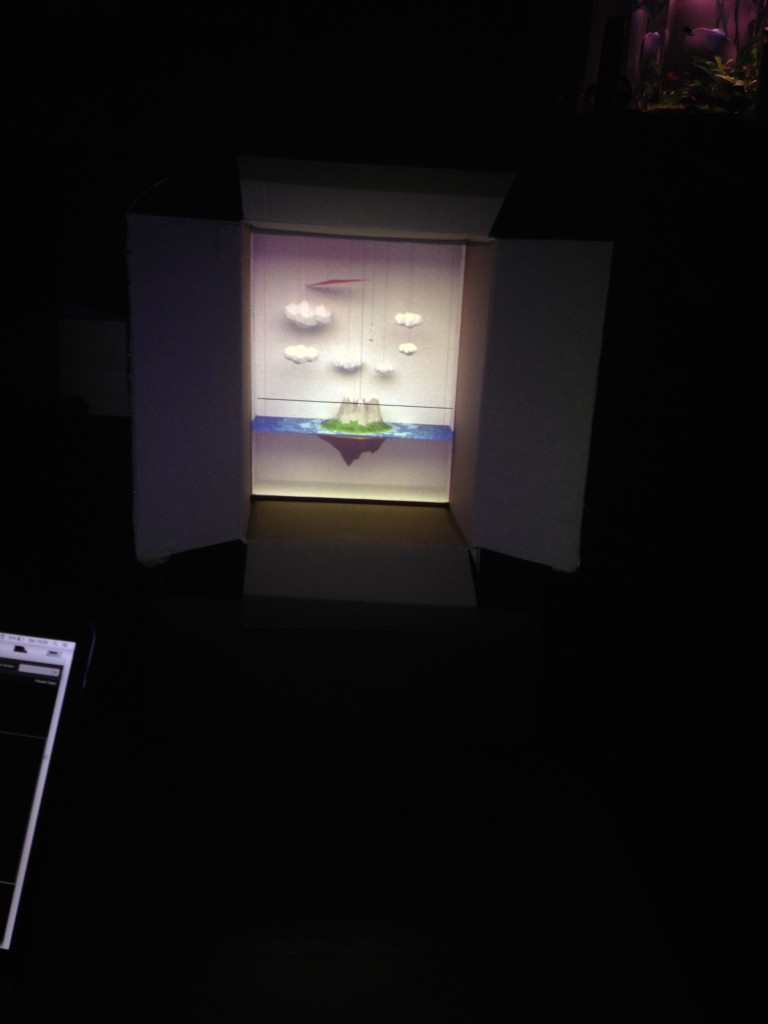 Moving forward with this idea I feel some development and planning needs to be put into the idea of an object in the box similar to that of Mike Alger dioramas as this would make the images far more complex creating a mixture of mediums as well.