Working on the idea of virus as discussed in the previous post, I have been exploring ideas and imagery in relation to the topic area. The idea intends to explore the bridging between virus in the digital and biological. Much exploration has investigated the relationship and similarities between the two different forms of virus’s. Some similarities between them is the need for a host to exploit with an intended purpose of intentional destruction and overtake. Additionally, the process both take is comparable e.g. entry, replication, assembly and release.

Looking at the visual expression of the term “virus” suggest a bright and artificial illumination which a is used in the expression of these microorganism’s forms. Some of the infographics and digital representations of viruses including glitches reflected the biological forms. The infographics provided insight into the complex behaviours of the digital viruses particular the process and intentions which each one was designed to have. This idea made it clear that virus in both cases are a result of human intention and interaction even when biological development produces its own super bug that comes as a result of humans over use of antibiotics. 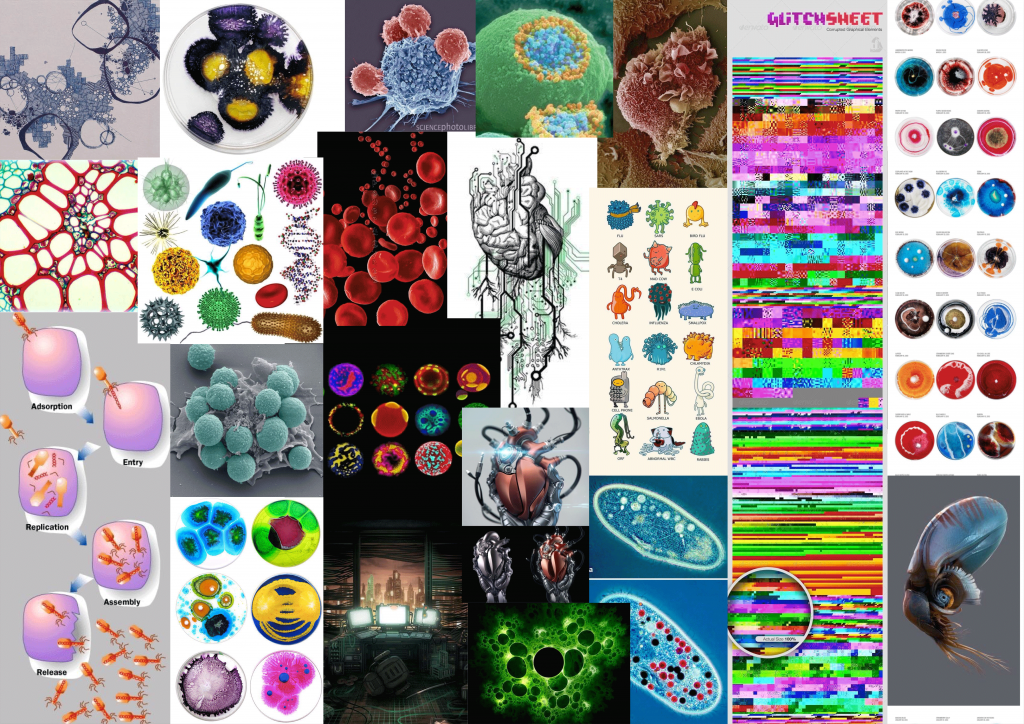 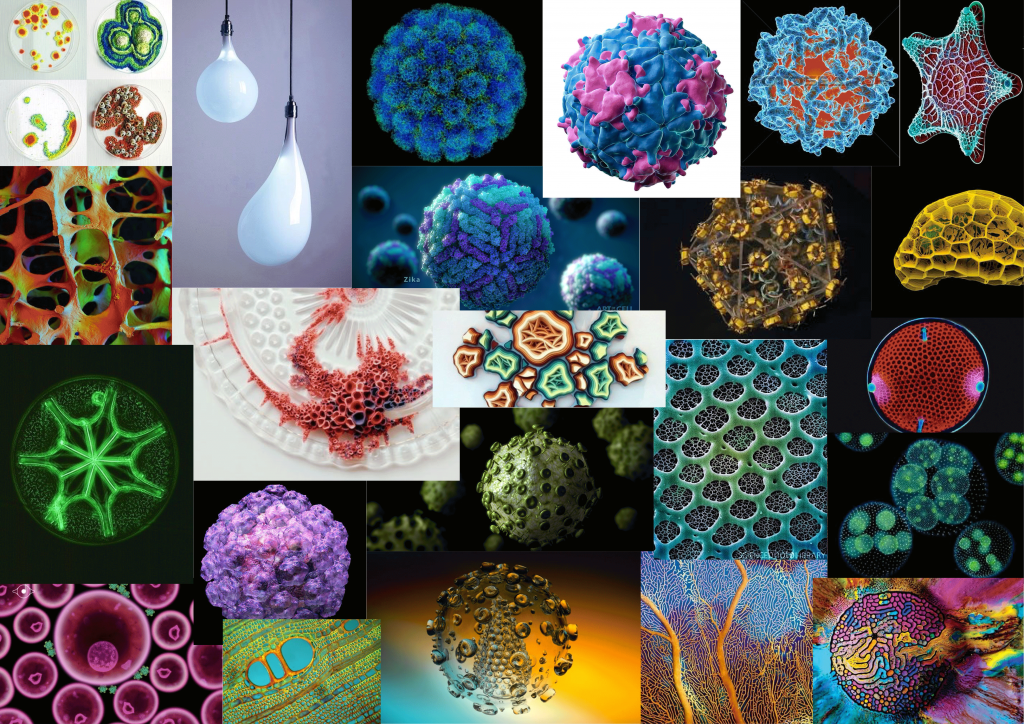 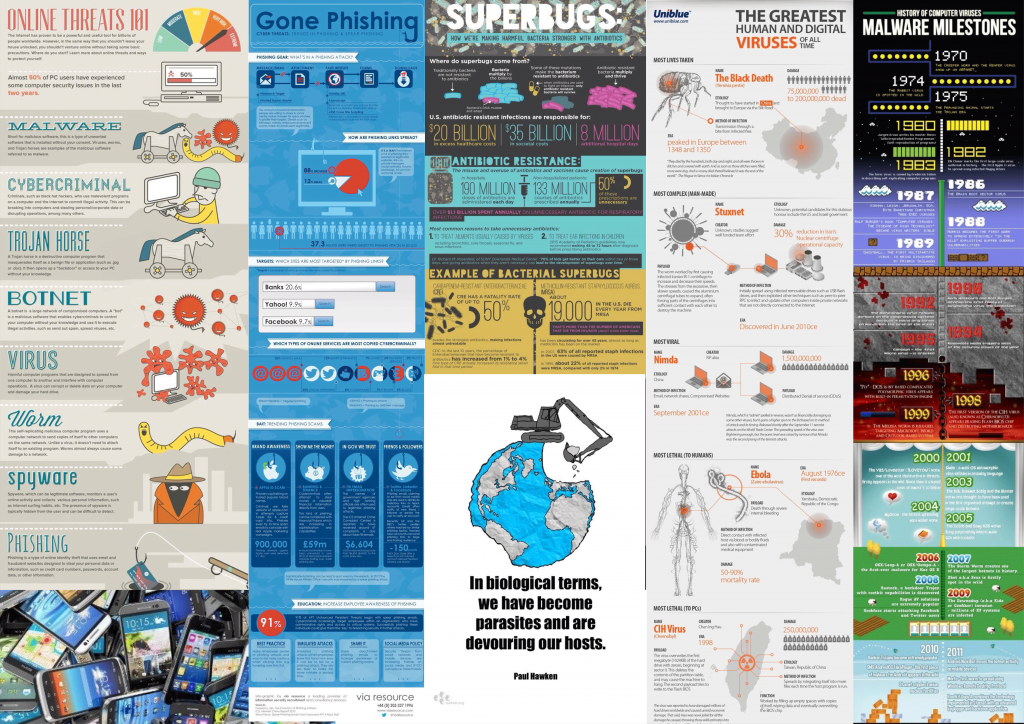 Using the imagery above I have been thinking about potential projects which could emerge exploring ideas of virus’s, cyborgs, body’s media and light. To further generate a solidified idea some testing into practical techniques has be explored.

One concept within the virus imagery which interested me was the isometric sphere that was used in many representations. Based on this I want to test some imagery upon this shape model.

Secondly the mode of moving imagery has interested me as a technique which I would like to explore. This could fit well with the generative and unexpected nature of viruses.