In today’s digitally advanced society, it becomes impossible not to perceive that we are overwhelmed by technology and the boundaries between real and simulated worlds are blurred by the technology and what derives from technology acting as an agency upon us. At the same time the notion of old and new within this context become indistinct as tech objects are continuously remediated, resurfacing, finding new uses, context and adaptations (Parikka 2015).

Technologic obsolescence, as discussed by Slade (2006) has developed a psychologically advanced society that drives the development of technology resulting in an ever-increasing waste. The notion of remediating technology has become a very recent reaction, both to the increases in e-waste as consumers react to brand over marketing and mass production. The physical waste within the installation is designed to illustrate a result of the over consumption and disposal of e-waste and to create a new product for artistic purpose.

The installation allows the audience’s senses to pass through reality via interaction with a medium, constituted by water immersed obsolete objects. This augmented reality was created through projection mapping onto water surface. Through the use of a public exhibition curated by Dr Anna Troisi, the immersive installation was used to portray these ideas to the audience from which to gain a response as a result to their perceived understanding. The use of projection mapping within augmented reality is allowing

designers to change the audience’s perception within their own environment, distorting their perception and therefore blurring the boundaries between realities.

From the study it has been understood that through the use of tactile interaction, different perception and emotions can be felt due to the audience’s ability to socially participate through individual and group interaction. The key outcomes from my study are the feedback response from participants that showed this interactive installation started to break down the modern art gallery perception of interaction and involvement with the art itself 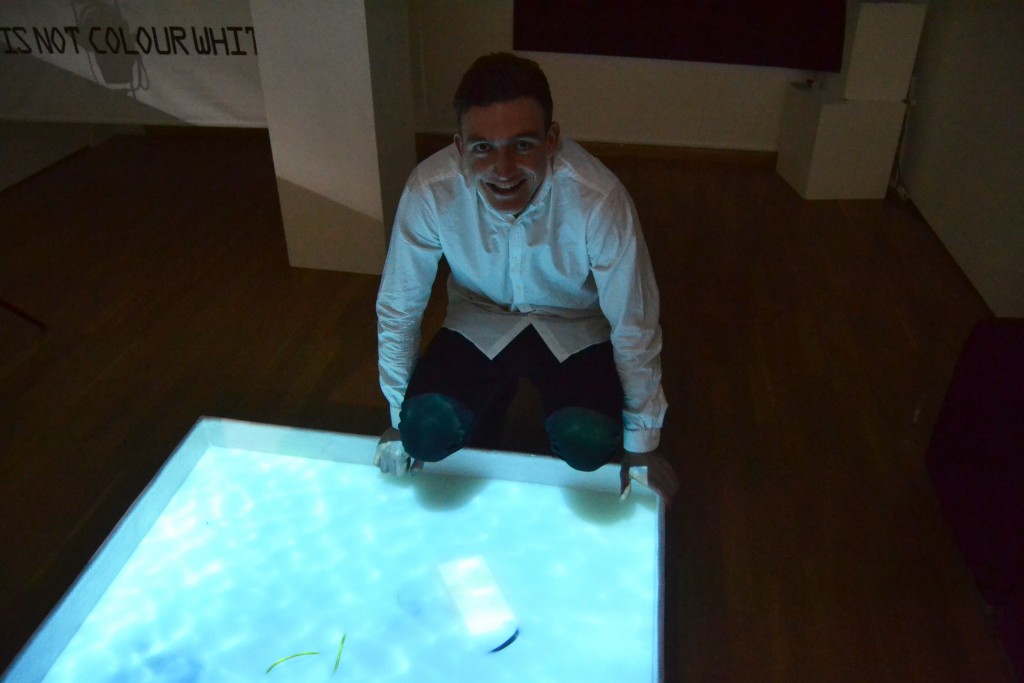