Setting up each device has taken a series of steps in order to get them exhibition ready. Each device contains a lot of technology which has required preparation in advance. The diagram below simply describes how each element within the installation connects together. 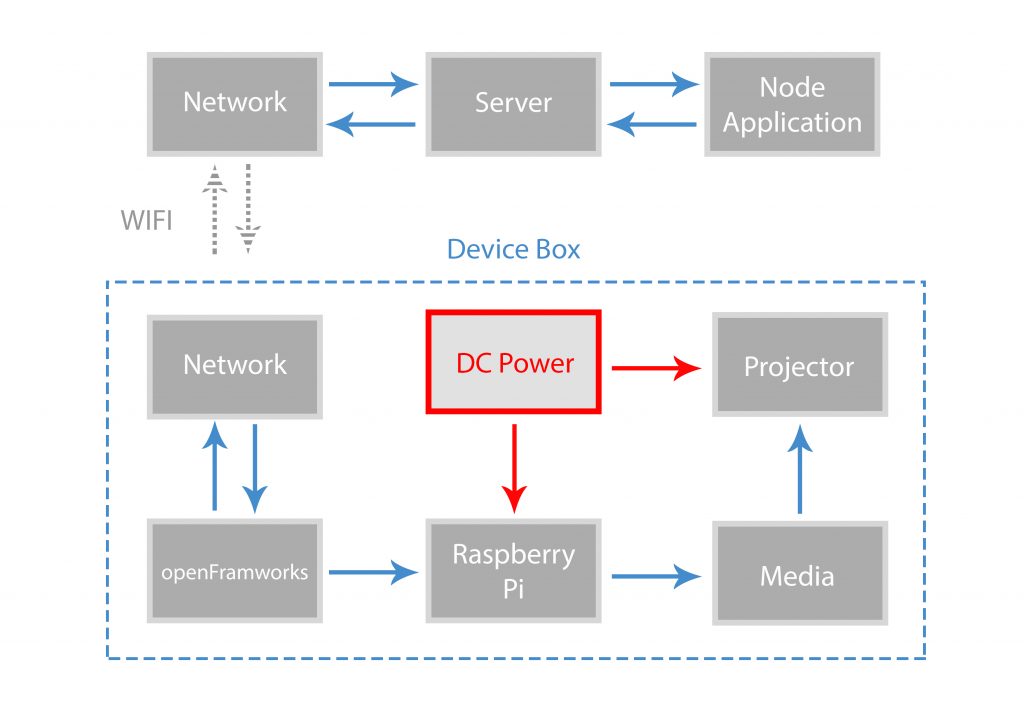 Each devices media is specifically tailored to meet the requirements of the box outlined. Visual and audio media was all individually mixed and edited based on these requirements.

Character/device 1 (fluffy box) has eyes and sound media which is more appealing and pretty in appearance. The eyes were selected based on them being the most natural and fresh looking. The Audio is a mixture of harp loops and sounds adding to the pleasant feel and visual appearance of the character.

Character 2 (rubber box) has mouths moving and miming words to the audience alongside audio making squelchey sounds and broken up spoken words. The audio is designed to accentuate the slightly disturbed and unnerving visuals on top of the tactile surface of the device which provides a humanistic fleshy texture.

Character 3 (pin box) has more serious, angry and distraught eyes that is accentuated with a high pitch piercing audio. The high pitch audio tantalises and disturbs the tranquility of the other devices. The pointy surface of the device, mixed with the media aims to challenge the audience’s senses to withstand the contrasting of emotions on display.

The success of the installation will be based on the feel and discussion it creates within the exhibition. The overall aim is to create an uneasy and unsettling environment that audiences can move, play and experience using the movement of light and sound.