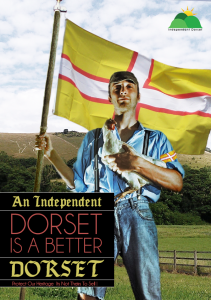 Bauhaus was a design movement from the early 1919 to 1933 in the city of Weimar and founded by German architect Walter Gropius. Bauhaus was a school of artist, designers and engineers who’s designing focus was modernist design to create sleek modern design which worked with a range of design ideals but mainly of art based focus however in the time period the ideals opposed Hitler’s communist views and was shut down before the start of WWII.

In 1923, the ideas of “New Typography” started in the Bauhaus. Typography was primarily a communications medium, and was concerned with the “clarity of the message in its most emphatic form”. Characteristic for the design were clear, unadorned type prints, the articulation and accentuation of pages through distinct symbols or typographic elements highlighted in colour, and finally direct information in a combination of text and photography, for which the name “Typofoto” was created.

In its short time some of the most well know product, architecture and illustrations came from there designers. One of its lasting design traits was of font design and text illustration. The modernist outlook on font and typography started the era of modernist typography. A reparative, interchanging and opposite angles of text made the illustration irregular however its modernist view gave it a well defined shape and made the text stand out from the image.

For our poster we wanted to use their ideals of interchanging font to give the text a sense of history but modernist view. The idea was to have a more traditional font next to a modern simplified style. This make certain words in the text stand out emphasising the campaign. The contrasting styles between the two fonts would be far more eye-catching and attention grabbing. We wanted to add an historic element because Dorset has a lot of heritage and historic landmarks that an older audience could relate to. The modern clean font emphasising the developing future for Dorset and its young bright future. The ability to appeal to a range of audiences with one image/poster that you can hit a larger market creating unity between audiences

From designing and integrating the text within this design I have learnt that typography has much more of a purpose than just a descriptive form. Its importance is as key as the image that visuals the text because it gives the piece direction and delivers a far more specific message unlike the image that could easily be misinterpreted. The complexity and choice of font have a lot of effect on the direction and message as they help to attract the attention of these audiences.