So far in the development of my graduation project I have deliberated about different ideas, concepts and theories, considered some different options and possible directions for what the final product. I feel I have reached an area of research where much of my research before is connected and would be good for me to developed. In terms of the graduate project itself the project is going to based around artistic research where I will explore the problem and the selected themes by producing work in development for a final piece. These development will be a series of experimentation to aid the development of a more refined and powerful piece that will be exhibited at the end.

This is my idea surrounding consumption and e-waste that I could portray as a narrative piece for which both refer to the apple products and specifically the apple iPhone. Coming from a generations surrounded by technology I feel that this has been one of the most apparent devices that’s has become embedded with the current generations consumer culture. The iPhone has become more that just a device its a fashion symbol that consumers relate to identity, class and social status however also is a symbol of ubiquitous community where millions of individuals are being controlled by one brand affiliation.

This is something that I would like to challenge with this idea, underlying the fact that this brand is single handily forces us into a repetitive consumption of their product through technology and psychological obsolescence. This is a significant addition therefore to the e-waste produced as more consumption is leading to more waste being produced as a result. 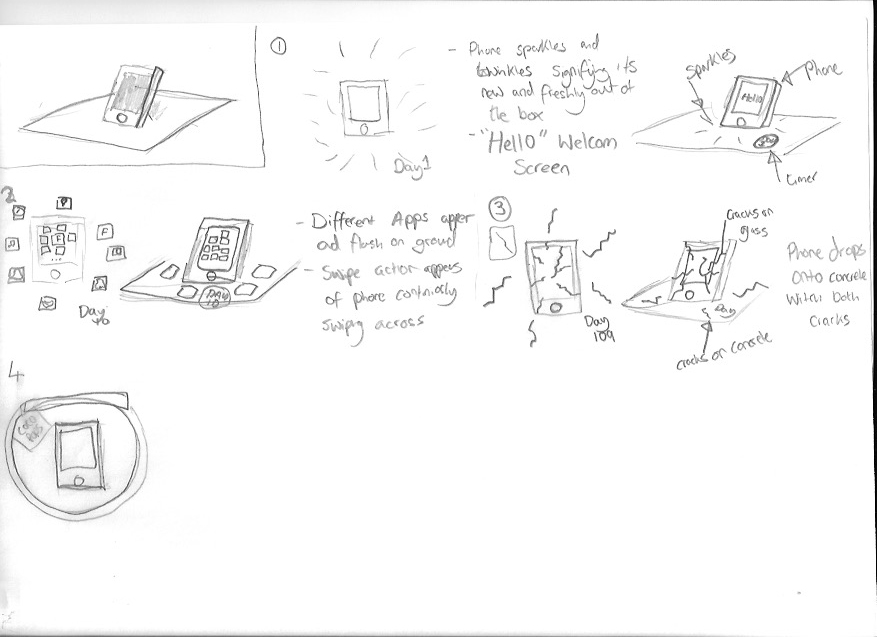 This idea uses the boxes, which we receive with the devices, and the meaning, purpose and rapid discardment of the boxes themselves connecting that to the products own functions. The main narrative considers the idea of time and however the products recursively are known for breaking and faults however we will proceed to re-consume them.  This idea would use a series of projection upon the device boxes depicting how they are consumed and discarded representing the never-ending cycle of consumption. 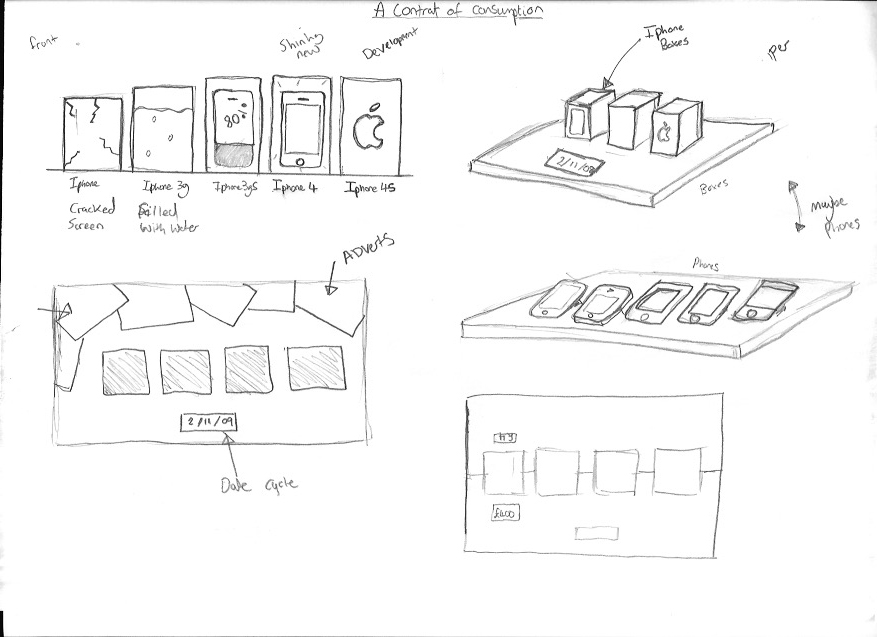 Feedback from this idea was mixed reviews but good points of development. The ideas and concepts were good however the piece isn’t shocking or powerful enough to change the perception of audiences. This is due to the piece being very narrative based and not letting the audience create their own direction of exploration. To improve here it’s been suggested that I create work that is suggestive to a narrative but totally shocking which will be extremely surprising to the audience letting them create their own perceptions. This would be far more meaningful to the audience personally and would have greater impact on changing their perceptions of consumption.

Going forward with some new proposed ideas I need to….