After experimenting with blender and the low poly style of modeling I wanted to create something more extravagant and challenging combining different types of digital medias together. One of the ideas I have had and seen before in web design is a one page image that animates and changes as you scroll.This is can be created using a Javascript plugin called “SUPERSCROLLORAMA” which allows the website to have a range of layers that can animate a different times. Secondly I have wanted to make a full single page website but never has a suitable method to be able to produce high enough quality images to do so. I think now with blender I would be able to create something that would be visually interesting.

An example of this kind on one page website would be as follows http://onepagelove.com/pete-nottage 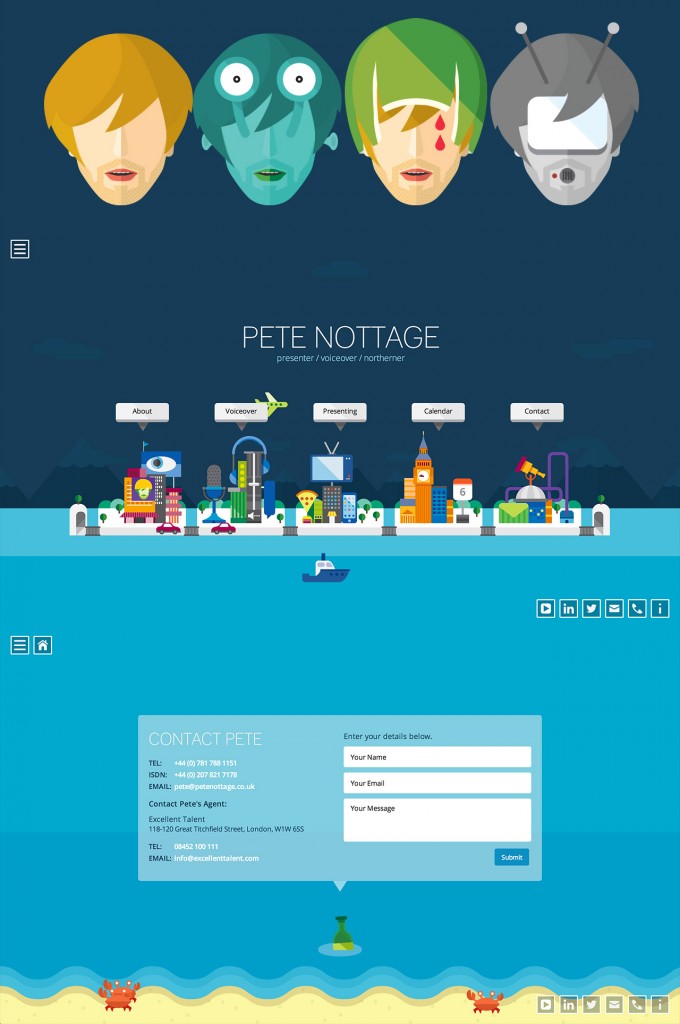 This is the type website I would like to recreate. This site uses the one page idea however does not use the “SUPERSCROLLORAMA” or animated sections which i think could add a good twist and intresting factor to the site.

Now with a good solid idea and a method behind what i’m going do. I wanted to see if I could put together the full image then separating it for when building the website. This would mean that i could see some sort of resulting image. One obstacle I had to get around was rendering out a long single image which I thought would be a problem but didn’t turn out to be an issue. I used relatively the same techniques as when I produced previous image with the low poly style.