Blenders Cycle render engine is a new feature which has enhanced blenders ability with textures, modelling etc. The render engine enhances the power and ability for the CPU to render out large images and if a GPU is available allows that to process the render instead so the CPU can be used for simple tasks. The cycles render is good because it gives the user pre-sets that have real world values meaning producing more realistic models.

I have been using the cycles render to make glasses because of it pre-sets provide a very realistic looking effect. With the glasses I have been making models of wine being poured into them.  This started by doing a tutorial on water being poured into a glass I have developed it to produce these. When developing the idea I was looking at the shape of different wine glasses which had different features requiring different modelling techniques. I learnt about subdivisions, Different selections and fluid simulations. What I wanted to produce was a realistic product image that included textures, shape and lighting. 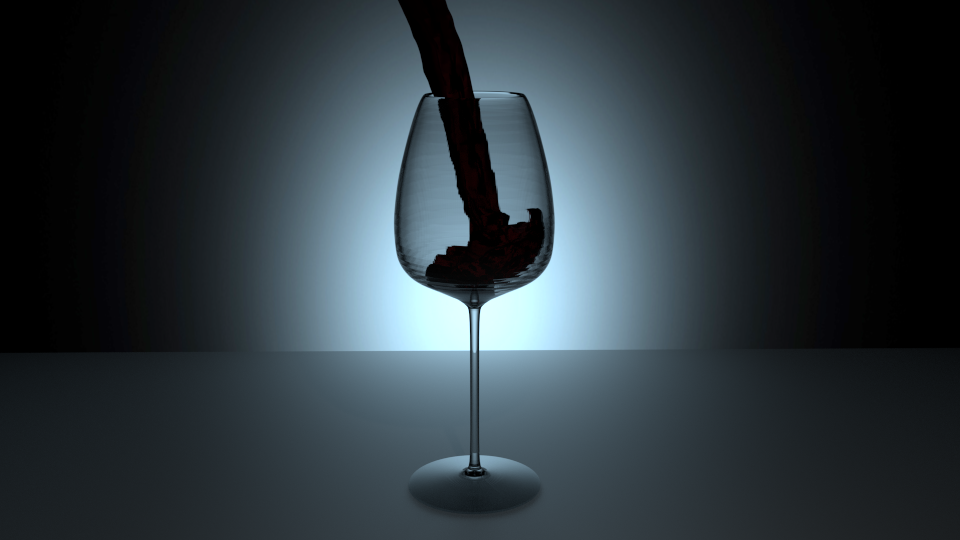 This is one of my more developed images. It took me a while to work out the necessary ways to make the glass more curved so that there were less ribs giving a more realistic effect.  From this I want to make the glass with even less ribs and distortion, adding even more subdivisions and smoothing to the model could do this. 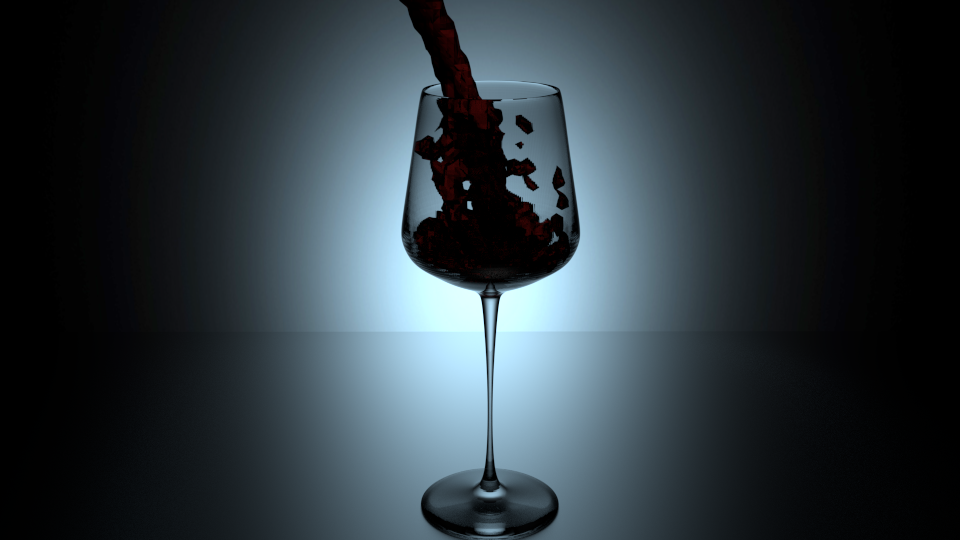 He is the final render of my wine glass simulation. What I like about my final wine glass is that its made in the form of an of an expensive large wine glass giving it an exclusive feel to the audience. This is done through the use of a skinny stem, which gives the interpretation of expert craftsmanship. One way I want to improve this image is to add a cork into the image, which I think could give it that extra aesthetic element.